The Civil Aviation Authority of the Philippines (CAAP) pinpointed mainly to pilot error as the cause of the crash on the ill-fated Piper Seneca that killed Interior and Local Government Secretary Jesse Robredo.

The results of the investigation show that although many have said that Captain Jessup M. Bahinting was an expert pilot, he has no appropriate experience and training in one engine inoperative emergency.

It was clear that the pilot failed to maintain the safeness in flying the aircraft with just one engine working.

Twenty three after the plane took off at Mactan Airport, the pilot already knew that one of his engines malfunctioned.

Instead of going back, the pilot continue the flight to Naga. It took them seventy minutes in the air before the plane went down.

Had the pilot decided to return back to Mactan chances that the ill fated accident would had been avoided.

The CAAP also found that Bahinting extended landing gears and flaps even if he was not sure he would be able to land the aircraft, which was contrary to the Piper Seneca Manual Procedures for twin engine planes.

According to the experts, what the pilot has done contributed to the drag that slowed down the aircraft until it was no longer controllable and eventually went down.

The CAAP probe body also found that Aviatour’s staff, are not authorized by the manufacturer to serve as aircraft maintenance mechanics.

Aviatour is the company that owns the ill-fated Piper Seneca plane.

He said there was also collusion between Aviatours and a CAAP inspector who certified to the plane’s airworthiness.

Based on the investigation report, President Aquino said, the right hand propeller of the plane was replaced in November 2011. CAAP inspector Fernando Abalos has cleared the aircraft, saying the result of the test flight was satisfactory. However, the CAAP probe team found no record of the test flight.

To avoid a repeat of the incident, President Aquino said he directed the Department of Transportation and Communications (DOTC) and CAAP to implement reforms that would strengthen the aviation industry.

He also ordered for a re-audit of all licenses and permits previously approved by CAAP.

The President also ordered for a review of the operational guidelines of Flying Schools, Air Taxi, and other groups related to the aircraft industry in the country.

President Aquino also ordered DOTC and CAAP to improve the mechanism to ensure safety of passengers. 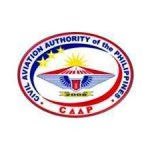