Members of the Royal Family, the Middletons, are said to be delighted upon learning that the Duchess of Cambridge is expecting a baby.

The 30-year-old Duchess was admitted to hospital with a rare form of severe morning sickness has not yet reached the 12-week stage of her pregnancy, when the couple went public with the news.

Royal aides said the decision to go public “was very much driven by the Duke and Duchess”, who were aware that it would be impossible to keep the news a secret in the age of Twitter. “It’s very hard thing to go public at such an early stage, but they wanted to be open with people as much as possible,” said an aide.

The baby, the couple’s first, will be born third in line to the throne, after Prince Charles and Prince William.

When the baby is born, Prince Harry’s importance reduces and he relinquishes the position of third-in-line to the throne.

“As the pregnancy is in its very early stages, Her Royal Highness is expected to stay in hospital for several days and will require a period of rest thereafter,” it added.

It said the duchess was suffering from hyperemesis gravidarum, which requires supplementary hydration and nutrients.

Mothers-to-be who suffer from the condition are three times more likely to have a multiple birth than other women.

The Duke of Cambridge spent Monday at her bedside. He is expected to be granted compassionate leave from his Royal Air Force (RAF) Search and Rescue duties.

President Barack Obama was among the world leaders to send their congratulations, while the Archbishop of Canterbury, who married the couple on April 29 last year, said: “The whole nation will want to join in celebrating this wonderful news.” 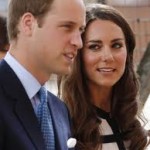