Randy Jackson was rumored not returning as a judge on the hit show, American Idol, but instead would be taking on more of a mentor role.

But rumors sparked that the 56-year-old bassist had been made a better deal to stay.

According to TMZ, Jackson is staying at the judge’s table on ‘American Idol’ after negotiations with Enrique Iglesias fizzled out.

Sources tell TMZ, Jackson is very close to signing his deal after producers initially tried to move him away from the judge’s table and use him as a ‘mentor’ instead which is not to Jackson’s liking.

Simon Cowell, a friend and a contemporary of Jackson in Idol’s judging panel has confirmed through his tweeter account that the long standing American Idol judge Randy would be returning for another series of the show, adding in the cryptic message that it was the ‘right decision.’

So far only Mariah Carey has been confirmed to be joining the new look panel.

Currently being considered in the new set up for the judging panel are Nicki Minaj, Keith Urban and Adam Lambert after Steven Tyler and Jennifer Lopez left the show.

But now, with Iglesias seemingly out of the picture and auditions starting in a just a few days, producers need to get one that can get the job done. They know that Jackson can get it done.

Auditions for the 12th season of the show begin in less than two weeks. 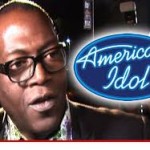