The appointment of Maria Lourdes Sereno as Chief Justice of Supreme Court by President P-Noy formally replaces former Chief Justice Renato C. Corona who who was ousted through impeachment in May this year.

The 52-year-old Sereno is the country’s first woman chief justice of the Supreme Court and the second youngest appointee to the Supreme Court since the time of Cesar Bengzon who was appointed as associate justice in 1945 at age 49.

Sereno’s appointment would service her for 18 years in the highest court of the land or up to the expiration of her term in 2030.

At the end of her term she would become the second longest serving chief magistrate after Cayetano Arellano who served as chief justice for 19 years.

With her combined youth and vigor, newly installed Chief Justice Sereno deserves commendation in accepting the challenge of the changing times.

The judiciary needs young and dynamic leader who could invigorate the needed sweeping and comprehensive reforms for the improvement of our judicial system that include a much efficient approach in dispensing justice and speedy resolution of cases in the courts.

With the long term assignment and opportunity that Sereno would serve the judiciary, President Aquino is confident that the new Chief Justice will lead in the undertaking of much-needed reforms and the chance to recover and restore judicial confidence by the people in the justice system.

Sereno is the key writer on Law and Economics and the Constitution and Judicial Review of Economic Decisions and drafted the legal framework for the operations of the first paperless trading of securities in the country for the Bureau of Treasury (BT), were among her notable achievements.

Being one of the most junior magistrates of the Supreme Court, Sereno was not automatically nominated to the judicial post. However, she was nominated by four private individuals and three associations. Enough to consider her to be in contention to the top judicial post.

Among her notable Supreme Court decisions is that of Lenny Villa case finding 5 members of Ateneo De Manila Law School’s Aquila Legis Fraternity liable for the brutal hazing of Leonardo ‘Lenny’ Villa in February 1991 and were found guilty beyond reasonable doubt of reckless imprudence resulting in homicide.

Sereno also authored the Supreme Court decision nullifying the proclamation of a state of emergency in the southern province of Sulu in 2009 during the kidnapping of 3 members of the International Committee of the Red Cross (ICRC) by the Abu Sayaf.

In the high court en banc resolution, dated July 3, 2012, the decision held that only the President of the Republic of the Philippines is vested with emergency powers and, as commander in chief of the Armed Forces of the Philippines (AFP) and leader of the Philippine National Police (PNP), call out the military and state security forces to respond to a state of emergency, local or otherwise.

She was an associate professor of the UP College of Law from 1986 to 2006 and executive director of the Asian Institute of Management Policy Center from 2009 to 2010. 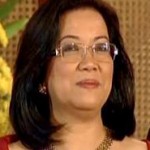