A pill could soon be developed to treat or prevent type 2 diabetes after a study made on diabetic mice found a compound, produced naturally by the body has successfully restored blood sugar metabolism to normal.

Researchers believe this could lead to people taking the compound like a daily vitamin to stop the condition from developing.

Type 2 diabetes affects millions of diabetics worldwide and is linked to unhealthy lifestyle.

The findings have a dramatic implications for the people who suffer from the disease that eventually give them hope to alleviate their sufferings and be cured.

The compound, nicotinamide mononucleotide (NMN), plays a vital role in the way cells use energy.

Scientists in the US were able to normalize blood sugar levels in diabetic mice by injecting them with the compound.

At the same time the injection lowered raised levels of cholesterol and triglyceride blood fats.

The researchers are now working on a way of administering NMN to mice in drinking water.

Dr Shin-ichiro Imai, from Washington University School of Medicine in St Louis, said that as soon as they can determine the grade of NMN that humans can take, they would accordingly launch a pilot human study.

After the mice treatment with NMN, the animals showed dramatically improved responses to glucose.

In the case of female mice, tests showed their ability to move glucose from the blood to organs and tissues had returned to normal. Male mice also showed an improvement, but were not completely normalized.

The gender difference might be explained by hormonal effects, the scientists believe.
Glucose response improved in these animals after just one injection of NMN. The same treatment had no adverse effects on older mice not suffering from diabetes.

In older mice, around 15 per cent of healthy males fed a normal diet also developed diabetes.

Few elderly female mice developed the disease unless they were switched to a high-fat diet.

Again, when they injected these females with NMN, they came up with a completely normal glucose tolerance curve, according to Dr Kathryn Mills, another member of the Washington University team.

They can also see that the NMN has completely reversed and normalized the levels of cholesterol, triglycerides and free fatty acids. 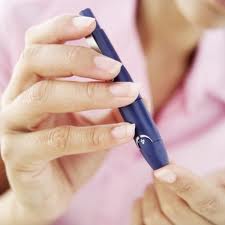