The regional director of the Department of Trade and Industry(DTI), Ma. Esperanza Banares reported a positive development was gained by clay and pottery industry players in the province after attending a business and technology mission in India recently.

The mission was participated by local chief executives, several members of the provincial and municipal legislative boards and clay and pottery industry local government unit stakeholders.

The India mission was pursued by Congressman Randolph Ting of the third district of Cagayan in order to hammer out partnerships through the United Nations Industrial Development Organization(UNIDO).

It has opened up opportunities for the technology training of pottery makers, adoption of best practices and other commitments designed to bring back the dying clay pottery industry in Cagayan province to life.

‘Members of the delegation to India gained wide range of knowledge and best practices which can be adopted in their respective areas in Penablanca, Iguig, Enrile, Solana, Tuguegarao City and Amulung,’ according to the regional DTI.

Deepak Ballani, the national program officer of the UNIDO-International Center for Advanced Manufacturing and Technology(UNIDO-ICAMT), gave assurance to bring in technology packages to Cagayan province in five areas such as: bricks and pottery, handmade paper, bamboo for low cost housing, food preservation and stone.

The opening of the National Handmade Paper Institute(NHPI) to trainees from the Philippines and the invitation by the Center for Development of Stones(CDOS) to the 7th International Stone Industry Exhibition on January 31 to February 3, 2013 was one of the significant developments, according to Banares. 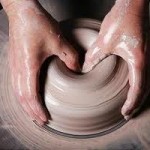