National Economic and Development Authority (NEDA) Director General, Arsenio Balisacan stressed that the impact of typhoon ‘Pablo’ on the domestic economy will be only minimal, at about 0.3 percent of GDP amounting to P32 billion.

He said a 4.6-percent gross domestic product (GDP) is unlikely to be achieved in the fourth quarter to hit this year’s growth target. GDP in the first three quarters already reached 6.5 percent.

The effects of the typhoon do not mean that all will be charged against the fourth quarter growth of 2012, said Balisacan, but some of these will be felt in the first quarter and second quarter early next year.

The Philippine economy will likely surpass the official 5 to 6-percent growth target set in 2012 and accelerate over the next two years.

Balisacan added that construction is also expected to grow robustly next year, while utilities will be driven by the growing demand for power, water and gas.

The reconstruction efforts in Mindanao after the typhoon will, in fact, boost the economy in the first semester of 2013, he added.

NEDA is anticipating, a more vibrant industry sector especially in the manufacturing sector buoyed by the semiconductor and electronics industry, as the world economy is expected to recover between 2013 and 2014.

For the services sector, according to Balicasan, economic planners are banking on the continuous expansion in the information technology-business process outsourcing industry, tourism, financial intermediation and trade to fuel growth.

On the demand side, household consumption will remain robust and the expected expansion of exports and construction will further boost growth.

Capital formation, especially in the private sector, is also expected to contribute a greater share of overall growth, he said.

Meanwhile, Moody’s ratings on the Philippines is a notch below investment grade at “Ba1” with ‘Stable’ outlook, upgraded a notch higher from “Ba2” last October on account of continued improvement in economic performance and its medium-term growth prospects.

Strength of the country’s banking system is another plus factor boosting the credit rating.

Moody’s sees a “low” event risks for the country due to domestic political stability ‘reflecting the current president’s unquestioned electoral legitimacy and the popularity of his administration’s focus on good governance.’ 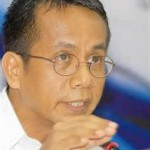