There are more than 500 million adults suffering from obesity according to a 2008 statistics. The number has jumped more than doubled since 1980.

This prompt researchers to study in a much larger perspective if there are other causes to obesity other than overeating and the lack of physical activity.

Professor Zhao Liping at Shanghai Jiao Tong University and his research team found a gut bacteria in humans, known as enterobacter cloacae as the culprit after it has been found in high quantities in the gut of a morbidly obese individual volunteer.

Enterobacter is normally a part of the normal flora of the human intestinal tract and pointed out a link between this bacterium and obesity.

A patient lost about 28 kilograms in nine weeks after being placed on a diet of ‘whole grains, traditional Chinese medicinal foods and prebiotics’, according to researchers. This was because it had reduced the bacterium’s presence in the patient’s gut to ‘undetectable’ levels.

The experiments demonstrate that the bacterium ‘may causatively contribute to the development of slimness and obesity’ in humans.

According to Zhao, “The endotoxin released by the bacterium can activate a gene that helps generate fat and it also deactivates a gene that consumes fat.”

Researchers in Shanghai studied mice who had been bred to be resistant to obesity. It was noted that these mice retain their slimness despite being fed a rich diet and being kept from exercising.

However, when some of these mice were injected with the human bacterium enterobacter, they quickly became obese.

‘The study will help find how bacteria affect us and provides a direction to fight obesity,’ according to Zhao. 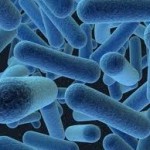