Secretary of Health Enrique T. Ona considers the passage of this landmark legislation a victory for the health of the Filipino people.

“The enactment of this law is a victory in our campaign to protect our people, especially the young and the poor, from the ill effects of smoking and excessive drinking,” Ona said.”

With higher prices of sin tax products now in place, the majority poor as well as the juveniles who indulge in smoking and drinking find them now a luxurious proposition to sustain their vices.

The law known as Republic Act 10351 (An Act Restructuring the Excise Tax on Alcohol and Tobacco), is expected to generate additional revenues to the government coffers which eighty percent will be earmarked for the enrollment of an additional 5.6 million families to Philhealth after deducting the allocations for assistance to tobacco farmers under existing laws.

While the twenty percent shall be allocated nationwide, based on political and district subdivisions, for upgrading and modernization of government hospitals, other health facilities, medical assistance and expand our existing preventive and promotive programs in the Department Of Health (DOH).

Based on projections of the Department of Finance, the law is estimated to generate cumulative incremental revenue of P184.31 billion from 2013-2016, of which P 146.7 billion is estimated to be earmarked for health for the same period. 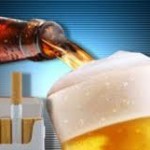