‘American Idol’ creator Simon Fuller will be receiving his Hollywood Walk of Fame Star for Television.

Fuller is being honored for his 25 years in the industry which included numerous number one hits in television, music, sports, fashion and film.

Fuller is being honored because he created American Idol, the multi-billion dollar show, that has aired in more than 120 countries.

‘American Idol’ has also created a landmark charitable event, which has raised more than $185 million to date for US and Global Charities and won Simon Fuller an Emmy Award.

Simon Fuller’s creation ‘So You Think You Can Dance’ has mirrored American Idol’s success, becoming Fox’s number one rated summer show in the United States, and launching hit versions in Canada, Australia, the UK and many other territories. 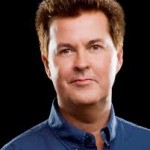