World no. 4 Andy Murray is scheduled to play the world no. 2 Rafael Nadal in the semi-final round when the Spaniard has decided prior to the clash at 2000 BST on Friday not to compete due to a knee injury.

Instead Murray will be playing against the winner between World no. 1, Novak Djokovic and Juan Monaco of Argentina who has been scheduled earlier at 0000 BST of that evening.

Nadal’s left knee injury had already hampered him during his quarter-final victory over Jo-Wilfried Tsonga of France.

The Spaniard has suffered with knee problems throughout his career, retiring from the 2010 Australian Open quarter-final against Murray with a complaint in his right joint and missing more than two months of the 2009 campaign, including a defense of his Wimbledon crown.

“I take no pleasure from this but I cannot do anything else. I am not ready to compete,” said Nadal.

“Hopefully with a few days off and with the right treatment, I will be in the right conditions to start to practice on the clay.”

The Spanish top player, a six-time winner of the French Open, still plans to start his clay-court season at the Monte Carlo Masters on 16 April.

Nadal’s exit has handed Murray his second walkover of the tournament, after Canadian Milos Raonic pulled out of their third-round meeting earlier this week with an ankle injury.

The Briton says that he is relishing the possibility of testing himself against Djokovic. 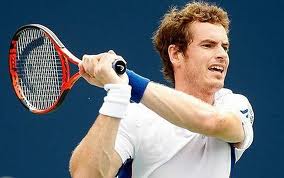