A US research released recently has discovered two powerful antibodies that can neutralize more than 90 percent of all known strain of HIV virus in the laboratory.

The National Institute of A US research released recently has discovered two powerful antibodies that can neutralize Health led research known the antibodies as VRCO1 and VRCO2, which the same were known to prevent most HIV strains from infecting human cells.

The two antibodies were produced naturally and found in the blood of HIV positive people according to the findings of a team of virologists. Through a molecular device they develop they were successful in isolating the antibodies.

It has come close and define the specific cells that is responsible in making the antibodies against HIV. The device is an HIV protein which scientists modified to react only with antibodies specific to the site where the virus finds to cells it infects.

Two research teams consist of NIAID scientists were commission to do the work. Dr. Gary Nabel, the member of one team stressed that “We have used our knowledge of the structure of a virus, in this case the outer surface of HIV to refine molecular tools to pinpoint the vulnerable spot on the virus and guide us to antibodies that attach to this spot, blocking the virus from infecting cells.”

The other member of the team, Dr. John Mascola also explained that “The antibodies attached to a virtually unchanging part of the virus, and this explains why they can neutralize such an extraordinarily range of HIV strains.” 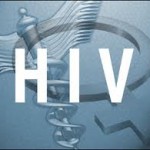