Ashton Kutcher who replaced dismissed Charlie Sheen on ‘Two and a Half Men’ has joined Hugh Laurie as the highest paid actor on TV in the US, according to a new magazine study.

Both celebrities will earn US$ 700,000 dollars per episode for their shows, ‘Two and a Half Men’ and ‘House’ respectively, when both rated shows return to TV next month.

Also among the big US TV earners are: Chat show hosts David Lettermen and Jay Leno bring in annually US$ 28 million dollars and US$ 25 million dollars, respectively.

A study carried out by TV Guide Magazine suggests that Simon Cowell’s package in his new ‘X Factor’ show, where he’s getting a whopping US$ 75 million dollars per year.

Jennifer Lopez who has signed in her return to ‘American Idol’ for the second season reportedly will receive US$ 20 million dollars. 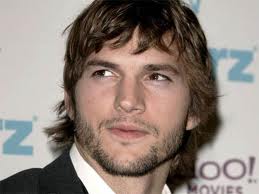