A new measure, called the Body Adiposity Index, or BAI, relies on height and hip measurements, and it is meant to offer a more flexible alternative to body mass index, or BMI, a ratio of height and weight, U.S. researchers said.

BMI has been used to measure body fat for the past 200 years, but it is not without flaws, according to Richard Bergman of the University of Southern California, Los Angeles, and colleagues in their article they had written in the journal Obesity.

While there are other, more complex ways to measure body fat beyond simply stepping on a scale, BMI is widely used both by researchers and doctors.

BMI is calculated by dividing weight in kilograms by height in meters squared. A person who is 5 feet 5 inches tall is classified as overweight at 150 pounds (68 kg) and obese at 180 pounds (82 kg).

BMI numbers cannot be generalized across different ethnic groups or used with athletes, who have extra lean body mass especially to women and men with the same BMI might have very different levels of extra flab.

The team made the index using data from a Mexican-American population study. They confirmed the scale’s accuracy using an advanced device called a dual-energy X-ray absorption or DEXA scanner.

Tests in a study of African Americans showed similar findings, suggesting BAI can be used across different racial groups. 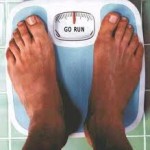