The European Union (EU) Environment Commissioner, Janez Potocnik has declared that biodiversity is in crisis, with species extinctions running at unparalleled rates.

Among the threatened species are mammals, amphibians, reptiles, birds, butterflies and plant life under threat as well.

The crisis is due to several factors, including loss of habitat, pollution, alien species encroachment, climate change and overfishing.

According to Ana Nieto, with the International Union for Conservation of Nature, life is possible because of diversity and everything comes from having well functioning ecosystems.

The crisis threatens humans as well, potentially destroying economic and social devastation in Europe, according to Joe Hennon, Potocnik’s spokesman.

All of that, according to Hennon, means governments should spend money preserving species from extinction.

The strategy proposed by Potocnik set various targets which are: halting the loss of species in balance the European countries by 2020, putting management plans in place for all forests, restoring at least 15 percent of degraded ecosystems, controlling invasive species, and more.

The European Environmental Bureau, a confederation of grassroots environmental organizations, said the EU strategy, appears to fall short of delivering what is needed to protect Europe’s valuable natural base.

Critics say the EU’s proposed solutions don’t go far enough and lack funding. Environmentalists have generally welcomed the targets but expressed skepticism due to the same predicament, lack of funding.

According to Nieto, the loss of biodiversity is more acute in Europe than in many parts of the world because of the scale of residential and industrial development.

Biodiversity doesn’t simply mean the protection of rare plants and species but it’s about protecting a system people rely on to live, according to Sarolta Tripolzsky with the European Environmental Bureau.

Conservationists argue that ecosystems overtime find a complex and changing one seemingly small aspect can have significant consequences that cannot always be foreseen. They say there’s also an obligation to preserve species, regardless of the consequences. 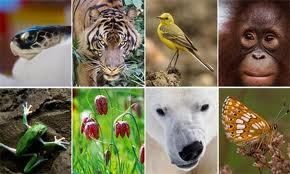