A cheap drug known as TXA or also known as Tranexamic Acid that is commonly used in developed countries during elective surgeries to stop bleeding but is not prescribed for accident victims could potentially save the lives of tens of thousands in injured accident patients worldwide a study says.

TXA or Tranexamic Acid was introduced to more than 10,000 adult trauma patients in forty countries who received the drug within eight hours of being injured. They compared to the same number of accident victims who got a placebo treatment.

TXA or Tranexamic Acid is off patent and manufactured generically by many companies. It costs about US $ 4.50 dollars per gram and a typical dose is two grams for treatment. It is usually given via injection and would be relatively easy to introduce even in poor countries, experts said.

Accidents are the serious leading cause of death worldwide after AIDS and about 600,000 injured patient bleed to death every year. More than six million people die of injuries every year, more than AIDS, malaria and tuberculosis combined.

With the drug TXA readily available it is estimated to save 70,000 to 100,000 lives a year and it could likely have the biggest impact in developing countries such as China and India, where ninety percent of injury related deaths occur.

“This is one of the cheapest ways ever to save life” said Ian Roberts, a professor of epidemiology at the London School of Hygiene and Tropical Medicine and study’s main investigators.

“This is not something for developing countries,” said Dr. Karim Brohi, who works at one of London’s busiest emergency rooms at Barts and the London School of Medicine and University of London Queen Mary. “We can probably use tranexamic acid on a daily basis.” Brohi added.

Roberts and colleagues have submitted an application to WHO (World Health Organization) to include TXA on its list of Essential Medicines, once drugs are on WHO’s list, other UN agencies such as UNICEF often buy the drug for poor countries. 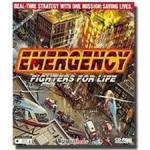