Charlie Sheen and Brooke Mueller have reached a new custody agreement for their twin, two-year-old sons Bob and Max.

The new terms have transpired after months of negotiation after which both confirmed that they are satisfied with it.

Though no further disclosures of the terms have been made, the fact that they have been in agreement, it is the best and much more civil ending their battle over their children’s custody.

The court back then in March, ordered that the twin be removed from Sheen’s L.A. home in the midst of his irresponsible behavior that lead his termination from ‘Two and a Half Men.’

Sheen, 45, also lost his court bid for sole custody of the boys. Sheen and Mueller, 33, have a respective history of drug addictions over the years, being both recidivist in rehabilitation centers and at their home this past year.

An earlier custody agreement had stipulated both parents stay alcohol and drug-free with another rule both forbidding from being photographed with the twin while with their respective other partner.

Both are living apart since 2009 the couple finalized their divorce in early May. 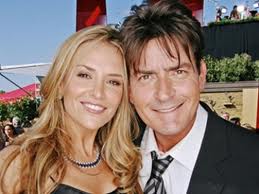