Japan’s nominal gross domestic product (GDP) which is not adjusted for price and seasonal variations, was worth US $1.286 trillion dollars in the second quarter of the year (April-June), as compared to China with US $1.335 trillion dollars of the same quarter.

Japan has held the number 2 spot after the United States since 1968, when it has overtaken West Germany. Japan has risen up from scratch, having lost the war in World War II, but it has become the world’s second largest economy just barely two decades after the war.

Their economic base are bonanzas of global manufacturing, financial hub and the culture of the people that is subservient to their common economic goal as a nation, are the main factors for their swift economic recovery.

The so called “economic miracle” turned into a massive real estate bubble in the 1980, before imploding in 1991. What followed was a decade of stagnant growth and economic infirmities from which Japan has never really recovered.

Japan is now facing a long list of daunting problems with Prime Minister Naoto Kan in charge. He has to confront the rapidly aging and shrinking population, persistently weak domestic demand, deflation, a strong yen and slowing growth in key exports markets.

In contrast, China’s growth has been spectacular, its voracious appetite fueling demand for resources, machineries and products from the developing world as well as rich economies like Japan and Australia.

China is Japan’s top trading partner and its rise has some contradictions, the wealth gap between rich and poor is so extreme that China has dozens of billionaires while the rest of the 1.3 billion people remain to be the world’s lowest. 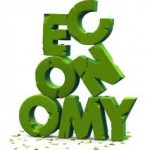