Spanish language is the second most used language in international communication and one of the official languages of the United Nations and its organizations.

By speaking this language you will be actually communicating with almost five hundred million people worldwide.

Spanish is the mother tongue of approximately three hundred fifty million people in twenty one countries.

It is the official language not only in Spain, but also in Mexico, Central America, the Caribbean and most of the countries in South America.

A notable number of university students choose to enroll in Spanish class as their second language.

Spanish is also the second language in the United States so that in the US job market, a bilingual applicant proficient in both Spanish and English will not only get better chances but better pays as well.

By learning Spanish, you will undoubtedly have a better understanding of the rich Spanish and Latin American cultures.

Latin culture has global influence on architecture, arts and literature to wit: Gaudi in architecture; Picasso, Velasquez, Doli, Goya and Miro in painting; Cervantes, Allende and Marquez in literature;

It is interesting to note, that Don Quixote de la Mancha by Miguel de Cervantes is the second most translated book in the world after the bible and it is available in sixty languages.

As the world we live in becomes more like a global community, speaking in a foreign language like Spanish which is considered the second most used language in the planet has become more increasingly important.

Hence, it would be appropriate to say that Spanish is the language for global communication after the English language. 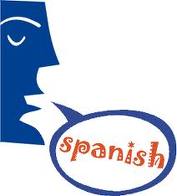