The World Bank in a report said political considerations, entrenched behavior and a lack of appropriate financing systems are the chief obstacles to environmentally friendly development.

The bank urged global governments to rethink their approach to growth, measuring not only what is being produced but what is being used up and polluted in the process.

It also urged them to heed the environment when pursuing prosperity, rejecting what it called a myth that green growth is a luxury most countries cannot afford.

The report was released at a Green Growth Summit in South Korea, which will discuss ways to support countries pursuing environmentally friendly growth and green economy strategies.

“There is a frequent misconception that poor countries cannot stimulate growth without degrading the environment and burning the cheapest and dirtiest sources of energy,” said Kandeh Yumkella, director general of the United Nations Industrial Development Organization, in a statement.

“This simply isn’t true. Developing countries won’t replicate growth patterns of previous centuries, nor should they try. They need to grow smarter, greener and quicker.”

South Korean President Lee Myung-Bak, who is pushing to develop environmentally friendly technologies and industries as a new growth engine, said a Seoul-based think-tank would be launched as an international organization later this year.

“Green growth is now transcending borders and becoming a global asset,” Lee said in a speech.

Seoul set up the Global Green Growth Institute in 2010, and Lee said that government ministers would upgrade the organization at a meeting in South Korea in October.

Achim Steiner, executive director of the UN Environment Program, said the two-day meeting of business leaders and experts can “give confidence to those who believe these discussions (on green growth) are only futuristic”.

The ministers will meet to prepare for December’s UN Climate Change Conference in Qatar. 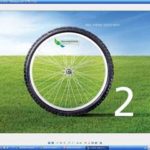