The red – robed monk officially expressed frustration at China’s refusal to talk with the exiled government to quell the unrest in Tibet, which has reportedly left at least one hundred thirty five Tibetans dead and thousands injured and arrested.

The riots, which were to mark the 49th anniversary of the 1959 anti Chinese uprising and to seek world attention on the Tibet issue ahead of the Beijing Olympics in August Climaxed on March 14, when Chinese troops and police cracked down on the protesters.

China said that Dalai Lama in exile in Dharamsala, India since 1959, incited the riots, and accused Tibetans of burning, looting and killing Chinese. Faced with China’s accusations, the Dalai Lama reiterated his peaceful approach to China and told the world to support Beijing to hold the Olympics and disapproved of any boycott of the games.

The Dalai Lama is offering to hold talks with China to discuss solution on the Tibet issue but China has ignored the offer. Tibetan exiles in Dharamsala, have expressed disillusion with the Chinese government and are worried with reports that China has intensified the crackdown.

The only longterm solution seen involving this issue is to grant Tibet “genuine autonomy” in accordance to autonomy provisions in the People’s Republic of China’s constitution and its implementing guidelines.

But China seems in no hurry to solve the Tibet problem with their robust economy and fast growing military power, China’s leaders believe time is on their side, despite the deplorable scenario around the Tibet incidents.

The Tibet and China conflicts date back thousand of years, Tibet was once an independent Buddhist kingdom with religious and cultural ties with China. But in 1949, after the communist regime was established, Chinese troops entered Tibet to liberate Tibetans from the feudal system of serfdom as alleged. 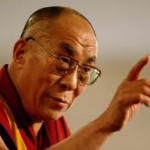