Doctors have advised women who want the best chance of having a baby should observe proper dental hygiene by brushing and flossing their teeth regularly.

Poor oral health can make women susceptible to gum disease that can affect chances of conception as told in a fertility conference in Sweden.

On said conference it was emphasized of how women with gum disease took for seven months to conceive, compared to the usual five months on women with healthy gums.

The suspected cause of delay is inflammation caused by oral bacteria, which may have a knock-on effect on tissue in the reproductive system, doctors believe.

This is the first time gum disease has been identified among the factors that affect the chances of a pregnancy, said chief investigator Roger Hart, a professor of reproductive medicine at the University of Western Australia in Perth.

Hart cautioned that women trying for a baby should now add a trip to their dentist to the check list along with stopping smoking and drinking, maintaining a healthy weight and taking folic acid supplements.

Periodontal disease can delay the time it takes to conceive by two months on average, an effect similar to that of obesity in women, the European Society of Human Reproduction and Embryology (ESHRE) heard at its annual meeting.

The evidence comes from a medical study conducted in western Australia on a group of 3,416 pregnant woman, most of them young and of Asian background. 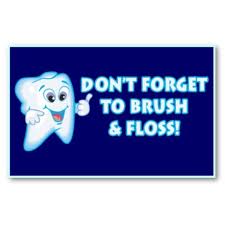