It was German scientist Heinrich-Moritz Gottlieb Grellman, who has pioneered the idea about origin of the gypsies.

Similarities between the gypsy language and Indian Sanskrit are obviously good indicators. Speculations are rife that elderly gypsies can understand Indian films without translation.

Today, scientists believe that modern gypsies are descendants of the Dom, an Indian caste, the activities of which are identical to the traditional occupations of the gypsies which are smithcraft, singing and dancing.

In India, the Doms are categorized as the lowest level of the Indian society. In modern-day India, many of them still migrate for some reasons.

Another speculation is that the gypsies are the descendants of many Indian nationalities of lowest caste.

Obviously, the caste system predetermined the asociality of the socio-cultural system of the gypsies and established their lifestyle, language and traditions.

Their traditions and language differed greatly from other peoples’ cultures.
Other probability is that, their alienation and persecution were triggered during their migration to the west.

The beliefs of the gypsies did not help them during their integration in the world of Christianity and Islam.

The King of Hungary and Croatia, Sigismund I in 1432, relieved the gypsies of taxes owing to their role in the defense of the region.

The gypsies were very good smiths which they are known could make fine swords, armory and cannon balls.

The Russian Roma people are one of the ethnic groups of gypsies who had been living on the territory of the Russian empire since the beginning of the 18th century.

Other gypsies belong to the east-European branch of the gypsy nation. 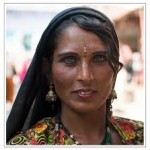