One of its female employees At Fukushima was exposed to radiation doses far above the legal limit at the crisis-hit Fukushima Daiichi nuclear power plant.

It is the latest revelation of lax radiation management by the plant operator since the crisis erupted last month, according to Tokyo Electric Power Co. (TEPCO).

Meanwhile, it will seek to start in June decontamination of highly radioactive water accumulating in the plant’s premises, which has prevented restoration work as a side effect of the emergency water injection into troubled reactors from outside in place of their lost cooling functions.

TEPCO has also started to increase the amount of water injected into the damaged No. 1 reactor core in preparation to flood the reactor’s primary containment vessel to cool the fuel inside in a stable manner. 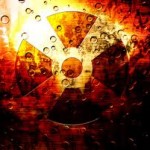