A prominent climate change skeptic told Congress that he no longer doubts that global warming is real and caused by humans, and joined other scientists in urging action to stop it.

Physicist Richard Muller, director of the Berkeley Earth Surface Temperature Project, whose two-year research was funded in part by a foundation formed by the conservative billionaire Koch brothers, said he could find no bias in other studies.

Muller told the House Committee on Natural Resources that while he remains cautious about the extent to which humans have played a role, he now hopes other climate skeptics will come on board with his findings.

“We confirm that over the last 50 years, temperature has risen 0.9 degrees Celsius, or 1.6 degrees Fahrenheit. This is the same number that the IPCC (UN Intergovernmental Panel on Climate Change) says.”

“As they read and study our papers, I am hoping that many of them will reflect my belief that they are open-minded and come to agree that yes, climate change temperature increase certainly has happened,” Muller said.

Muller’s appearance on Capitol Hill was his first since his research was released last month, and comes just weeks after the Department of Energy reported a six percent increase last year in carbon output worldwide, the biggest jump ever.

Ranking committee Democrat Ed Markey lamented the United States’ failure to act and applauded Australia’s recent approval of a carbon tax to force its coal-fired power stations and other major emitters to “pay to pollute.”

His colleague, Democrat Henry Waxman, said the Republican-controlled Congress had voted 21 times to block actions that would have addressed climate change.

Also on the panel was Ben Santer, research scientist at Lawrence Livermore National Laboratory, who told lawmakers that international scientists have considered a host of different factors in their research, including rainfall, sea level pressure, continental runoff, surface humidity, and atmospheric moisture.

“With each ton of greenhouse gases that we put into the atmosphere, we are increasing the risks of dangerous impacts of climate change, and those risks will be with us for many, many years. Perhaps 1,000 years,” he added.

“We know we are facing a risk. We know that the longer we take to act, the worse that risk is,” he told lawmakers. 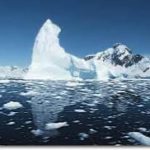