Scientists warned that in two decades time some forty five rare species of animals in Australia would go extinct unless countermeasures is in place to stop the threats.

Among them are several birds, lizards, vertebrates and mammals mostly located at the northwestern part of Kimberly region. They are at risk from destruction of their habitat and hunting by their predators.

Almost one third of the identified endangered species are solely native to the Kimberly region like the golden backed tree rat and golden bandicoot which can no longer be found elsewhere in Australia.

“We’re in the midst of a massive extinction event in Australia and the north has really been the last stronghold for many species of birds and mammals and reptiles,” said Tara Martin, a co-author of the report by the government-funded Commonwealth Scientific and Industrial Research Organization.

A $96 million dollar budget to start various programs and a yearly funding of $40 million dollars to safeguard the northwest region’s native animals, according to the report.

The most efficient countermeasures to cope up the threat of extinction are to reduce the population of wild donkeys and goats that compete with native species for food scarcity, water and to exert more effort in fighting wildfires that burn the landscape, it says.

The study, based on scientific data and information from about 30 experts with experience in the region, was commissioned by the Wilderness Society conservation group.

It needs the community to be educated of how to reduce the threats pose of these feral cats to small native animals and preventing such attacks by building secured fences.

Among several of species introduced by humans to Australia as stock animals or pets are donkeys, goats and cats but they are now considered invasive species in many areas where wild animals’ populations increase because they have few natural predators.

Martin said some benefits from the proposed conservation efforts would be seen relatively quickly, while others would take several generations.

Richard Hobbs, an ecologist at the University of Western Australia who did not participate in the study, said it was the first time a wide range of reliable information about the problem in the Kimberley has been compiled, and that the findings back smaller studies of individual species. 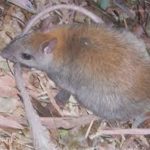 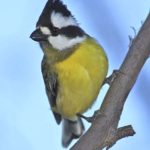