Revelation of the stunning size of financial portfolio stashed by Gaddafi may stir anger among Libya’s 6.5 million people, about 35 percent of whom live in poverty.

Muammar Gaddafi secretly amassed more than US$ 200 billion in bank accounts and various investments around the world before his death, according to senior Libyan officials.

Estimates of Gaddafi’s hidden cash, gold reserves and investments are ‘staggering,’ according to a person who has studied detailed records of the asset search said Friday.

If the appraisal prove accurate, Gaddafi will go down in history as one of the most greedy and insensitive world leaders, on a scale with the late Mobutu Sese Seko in Zaire or the late Ferdinand Marcos in the Philippines.

U.S. and European authorities said Friday that they intended to immediately hand over frozen assets to the transitional Libyan government. But so far, the U.N. has authorized release of only US$ 1.5 billion from accounts in the U.S., and the Obama administration has turned over US$ 700 million of that amount, said Marti Adams, a Treasury Department spokeswoman.

During Gaddafi’s 42 years rule, he steered aid and investment to benefit his own family and tribe, but denied support for the Libyan people, especially the eastern region that traditionally resisted his grip on power.

Gaddafi was sending vast amounts abroad ‘at a time the Libyan people were struggling for the money they needed for schools, hospitals and all sorts of infrastructure,’ said one person close to the council, who spoke on condition of anonymity.

Investigators believe Gaddafi’s foreign investments accelerated in recent years. Almost all the assets and accounts found in the United States were from the last four or five years, after Gaddafi surrendered an initial nuclear weapons program and moved toward restoring full diplomatic relations with the United States. 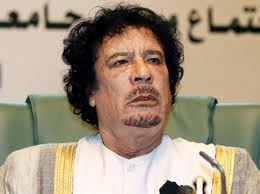