People with hemophilia B have a faulty gene which means they cannot produce a protein called ‘factor IX’ to clot the blood.

Patients are currently treated with ‘factor IX’ injections, sometimes multiple times per week, but the manufacturing process is expensive.

Researchers at University College London and St Jude Children’s Research Hospital in the US were looking for a more permanent solution.

They took a virus which infects people without symptoms, adeno-associated virus eight. It was then modified to infect liver cells with the genetic material for ‘factor IX’. The gene should then persist in the liver cells, telling the cells to manufacture the protein.

Just one injection could be enough to mean people with hemophilia B no longer need medication, according to an early study in the UK and the US.

Doctors said the gene therapy was ‘potentially life-changing’. Other researchers have described it as a ‘truly a landmark study.’

Six people were injected at the Royal Free Hospital in London, with the modified virus that infects the body with the blueprints needed to produce blood-clotting proteins. Two were given a low dose, two a middle dose and two a high level.

Results published in the New England Journal of Medicine showed levels of ‘factor IX’ could be increased.

Normally, patients will have ‘factor IX’ levels less than 1 percent of those found in people without hemophilia.

Carl Walker, aged 26 and from Berkshire, showed the greatest improvement. He said: “I have not needed any of my normal treatment, either preventative or on-demand as a result of an injury. Previously, I used to infuse at home three times a week.

He said: “It’s been amazing. I’ve had no side effects and I don’t have to inject myself twice a week, which was not pleasant.

Dr. Amit Nathwani from University College London told the BBC that patients with 12 percent of normal ‘factor IX’ production would no longer be seen in the clinic.

Dr. Katherine Ponder, from the Washington University School of Medicine, said this was “truly a landmark study, since it is the first to achieve long-term expression of a blood protein at therapeutically relevant levels”.

She added: “If further studies determine that this approach is safe, it may replace the cumbersome and expensive protein therapy currently used for patients.” 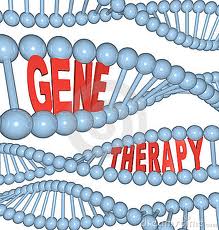