Brain drain has been around as early as 1950’s, where Filipino professionals has gone predominantly to the United States to seek for greener pastures and eventually enhancing their technical skills in their chosen profession.

Though big opportunities were there during those times, only few people had subscribed the idea of working abroad for personal gains.

The dominant reason is that the Filipino culture as a people are generally highly emotional and it doesn’t want as much as possible to be separated from their families and love ones for long period of time.

Besides, the Philippine economy was so robust, that those overseas opportunities being offered were not that lucrative and self rewarding, if one opt to go abroad for work.

In the mid 1950’s up to the early 1960’s, the Philippines economically ranked next to Japan in Asia.

The exchange rate then was US$ 1 dollar = Php 2 pesos. The purchasing power of the peso could sustain a family of four which the minimum wage was pegged at Php 4 pesos a day.

Basic commodities then were cheap, rice just cost Php 0.80 peso or (80 centavos) a ganta equivalent to (2.5 kgs.), a kilo of meat costs Php 1.25 pesos, power consumption and transport fares were cheap considering a liter of gas was Php 0.25 peso or (25 centavos).

The Philippines standard of living and economy were better off compared to its Asian neighbors during those times, so much so that some of its citizens in these neighboring countries were enticed to come over to the Philippines for economic opportunities in the form of jobs and business opportunities.

The exchange rate of a dollar to two pesos has been stable for quite sometime up to the time the then President Garcia.

It was during the time of President Macapagal were the peso tasted its first ever devaluation which was pegged a dollar to six pesos.

That economic downturn costs the reelection bid of Macapagal when he was defeated by President Marcos handily in a landslide in the presidential election.

It was an opportunity for opposing forces against the Marcos regime which was once in slumber become alive and activated when it was known that the strongman was fighting for his life because of lupus, an incurable disease. Marcos has been placed into a compromising situation of who would be his successor after his death.

It was in the early 1978 that working overseas has gained its ground, when people (professionals and non professionals alike) had opted to work abroad not only in the US but in a wider horizon of host countries around the world this time.

Philippine economic woes had started to manifest due to the political unrest brought about by the secessionist in the south and the insurgencies in the countryside.

The once disgruntled political opposition has become united against Marcos. Political demonstration was a common sight as manpower agencies offering jobs abroad were proliferating in time that the economic crisis has started to creep in the Filipino populace consciousness.

The purchasing power of the peso has dwindled that the minimum daily wage no longer sustainable for a family of four. The once not a lucrative offer of working abroad has become a haven of hope for people who opt a better life for their family.

A mere brain drain of few people then had become a throng after throng of more people called OFWs who are willing to sacrifice, leaving their families and love ones behind not for their personal gains but for their families’ economic survival which is foremost important. 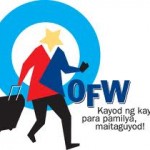 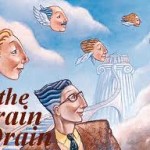