Persuading couples to wait is one strategy India is using to curb a rapidly growing population that threatens to turn its demography from a prized asset into a crippling burden.

The district government of Satara , a farming region in the state of Maharasthra would pay 5,000 Indian rupees (US $106), if the couple waited for children.

Unlike authoritarian China, India is an unruly democracy where the central government has set population targets but where state governments carry out separate efforts to limit the birth rate. Some have been willing to do little.

The program in Satara is one of the several initiatives across the country that have used a softer approach, trying to slow down population growth by challenging deeply ingrained rural customs.

Local health officials in this district have led campaigns to curb teenage weddings , as well as promoting the “honeymoon package” of cash bonuses and encouraging the use of contraceptives so that couples wait to start a family.

In Satara, it has began a campaign to reduce the number of child brides and more than 27,000 parents signed a written pledge agreeing not to allow their daughters to wed before age 18. Within a few years, the marrying age rose and the rate of child malnutrition dropped.

With many women opting for sterilization after their second child. Problems persist, such as a sharp gender imbalance in many other regions of India because of a cultural bias toward having sons.

With more pressure to limit families to two children, female fetuses are often aborted after a couple sees an ultra sound. Yet the idea of waiting appeals to many women where the birthrate has fallen about 1.9 children per family, partly because of the “honeymoon package”. 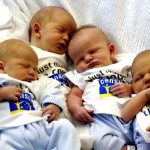