There are approximately 200,000 family abductions reported annually in the United States according to Justice Department statistics.

However, about 12,000 involve parental abduction where abductors assume fictitious identities and travel the country to escape detection.

For parents of missing children, any bit of information that could lead to the identity of the abductor is vital. The main suspect at times, is a relative, who in an astounding number of cases, files a tax return containing the data investigators need.

It has been observed that a significant number of people file one of bureaucracy’s most invasive documents, a federal tax return.

In a study released by the Treasury Department in 2007, it has examined the Social Security numbers of 1,700 missing children and the relatives suspected of abducting them, it has been found that more than one third had been used in tax returns filed after the abductions took place.

It is however, vague to criminologist of what motivates a child abductor to file a tax return; it might be confusion, desperation for a refund or an attempt to avoid to complicate their problems of not paying taxes.

Whatever the reasons, the details needed in a return can be crucial to investigators searching for a missing child.

The law restricts the tax agency in the United States, the Internal Revenue Service (IRS), to release data from tax returns unless a parental abduction cases are investigated by state as a federal crime.

Even when the Federal Bureau Investigation (FBI) does intercede in parental abduction cases, requests for IRS data are rarely granted.

When the Treasury Department identified hundreds of suspected abductors who had filed tax returns, a federal judge refused to issue authorizing the IRS to hand over their addresses to investigators.

Federal judges often argue that parental abductions are better suited to family court rather than criminal court, according to advocates for missing children.

IRS officials pointed out that they have worked closely with missing children advocates. The IRS’s program ‘Picture Them Home’ has included photos of thousands of missing children with mails forwarded to millions of taxpayers since 2001. With more than 80 children were successfully recovered through that program.

One problem now confronting missing children advocates, is in proposing a legislation of how much information for determination that IRS should be asked to release from a suspected abductor’s tax return.

Should disclosure be required only if a child’s Social Security is listed on a return? Should child abduction investigators only the address where a tax return was mailed? Or the location of an employer who has withheld taxes on a suspected abductor?

Missing children advocates see the IRS data as a potentially powerful resource in solving this kind of predicament to give closure or justice to the case. 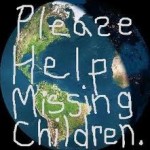 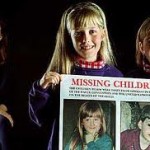