One of the factors that has encouraged enthusiasm is alga’s big appetite for carbon dioxide, a by product of burning fossil fuels.

Algae has been noted to infest swamps, filthy ponds, waste water and any form of stagnant storm water. While no one has found a way to mass produce cheap fuel from algae yet the competition is on.

Experts are intrigued with alga’s ability to swallow up carbon dioxide as its chief source of food, a greenhouse gas, which has been a perennial problem by environmentalists due to the proliferation of carbon emitting coal and petrol run power plants, and petrol fueled vehicles around the world that have further aggravated the situation of global warming and climate change.

“We could hook up to the exhaust of polluting industries,” said George Philippidis, a chemical engineer and director of applied research at Florida International University in Miami. “We could capture it and feed to algae and prevent that carbon dioxide from contributing to further climate change.”

Driven by fluctuations in oil prices, and seduced by the prospect of easing climate change, experts are ramping up efforts to squeeze fuel out of this promising new organism, algae, a slimy, fast growing and full of fat is gaining ground as a potential renewable energy source.

Exxon Mobile has said, that it would sink US $600 million dollars into algae research in a partnership with a California biotechnology company.
Scientists are now looking for a cost effective way to convert lipids from algae ponds into fuel before it can be feasibly available commercially.

California company Sapphire Energy has already fueled a cross country road trip with algae tinged fuel. The trip, meant to raise awareness about the potential of algae as a renewable energy source.

Even though algae grows prolifically everywhere, it currently costs up to a hundred dollars to produce a gallon of algal fuel.

The planned target is to bring the cost down while increasing its production. To do this, scientists have to find solution the cheap ways of drying algae and extract the lipids where energy is stored.

At least it takes about 5 years more from now to bring down production cost to forty dollars per gallon of algal fuel if research goes well, according to Roy Swiger, a molecular geneticist and director of the Florida division of the non profit Midwest Research Institute. 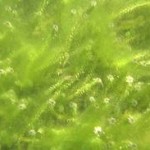 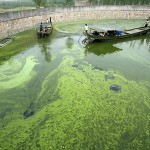