Speaking during the 66th anniversary of the Leyte Gulf Landings, a commemoration of the successful liberation by American and Allied Forces of the Philippines from Japanese occupation, at the McArthur Landing Memorial National Park in Palo, Leyte.

Japanese ambassador to the Philippines Makoto Katsura expressed heartfelt apologies and deep sense of remorse of the atrocities caused by the Japanese Military during World War II.

Katsura said that this year is the 54th year since the normalization of diplomatic relations between the Philippines and Japan.

And as declared in a joint statement which was issued by the two governments in June last year, both countries have seen the expansion of cooperative areas not only in trade, investment, and economic cooperation but also on political issues, security, peace building in Mindanao, as well as cultural and human exchanges.

Katsura stressed that he has been deeply moved by “the noble spirit of reconciliation and the sense of fairness on the part of the Filipino people.” He also reaffirmed that Japan will continue helping in nation building efforts of the Philippines, as a strategic partner.

The Japanese ambassador vowed that the Overseas Development Assistance (ODA)and cooperation in the trade and investment field will continue to play important roles in this cooperation.

“Indeed, the Filipino people have been appreciating Japan as we are now, a peace loving nation that shares the fundamental values of democracy, freedom and respect for human rights, and have been taking a future oriented attitude with a view to a deepening the friendly relations between our two countries,” the Japanese envoy told representatives of the embassies of Australia, Canada, New Zealand and the United States as well as the many veterans who attended the event. 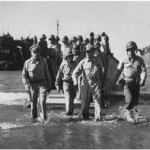