American Jim Furyk (70) is in contention for his second major title after maintaining his lead from second into the third round at the US Open.

His second round co-leader Tiger Woods (75) slips to 5 strokes behind.

Furyk shares a lead with Briton Graeme McDowell (68) with one under and Fredrik Jacobson (68) of Sweden with one shot back at second spot.

The 42-year-old Furyk, who won his sole major US Open title at Olympia fields nine years ago, was the joint second round leader with Woods and David Toms (76) and held firm as his fellow Americans slipped back.

Woods, bidding for a 15th major title four years after his last, could not match the control and putting prowess of the previous two days and dropped four shots inside his first eight holes. A solitary birdie on the ninth was followed by bogeys at 16 and 18.

The 36-year-old has never won a major coming from behind going into the final round, but Lee Janzen came from five strokes back to win the last time the US Open was staged at Olympic in 1998. The biggest final-round comeback in US Open history was Arnold Palmer’s seven shots at Cherry Hills in 1960.

Lee Westwood made his move for a first major with a 67 for two over with two-time champion Ernie Els (68), Nicolas Colsaerts (71) and Blake Adams (70).

Tied with Woods with four over were R Goosen, M Kaymer, M Kuchar.

US Open Third Round Leaderboard : 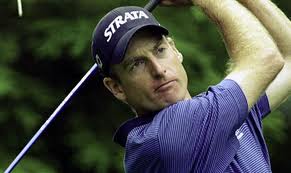