Katie Holmes preparing her case was seen at the New York offices with her divorce lawyers Allan Mayefsky and Michael Mosberg, as reports emerge she will ask Tom Cruise for child support at divorce hearing.

Mayefsky was one of the principle legal players in the messy divorce of model and actress Christie Brinkley and her husband Peter Cook, one of the most bitter of Hollywood break-ups.

Mayefsky is known for demanding an even split of proceeds in divorces and for winning US$ 42 million for the wife of a Wall Street financier in a landmark case in 2003.

According to Radar Online, the actress will ask Cruise for child support at their first divorce hearing in New York on July 17 which Katie is expected to appear in person when the hearing takes place.

‘Tom’s Los Angeles lawyers have officially been informed. Tom’s New York lawyer will appear and it’s not set at this time if Tom will be present in court as he is currently shooting a movie’ in Iceland.

The divorce case is getting nasty as it heats up when Tom refutes Katie’s claim that Scientology was behind in her decision to file the case. She wanted to insulate their daughter Suri from any influence of the religion.

Katie’s lawyers want to establish Tom’s exact wealth, which suggests 33-year-old Holmes is not prepared to walk away with the relatively modest settlement of US$15 million that has been widely quoted, US$ 3 million for every year of their five-year marriage as stipulated in the couple’s 100-page pre-nuptial agreement.

One of the legal firm’s forensic accountant are now busy untangling the complex web of businesses and trusts that manage Tom Cruise’s estimated US$ 270 million fortune. 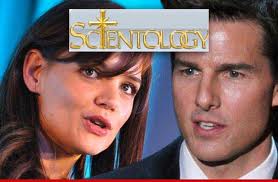