In a newspaper poll conducted regarding the gradual phase out of nuclear energy in Japan, an overwhelming 74 percent of Japanese respondents were in favor of the move in the wake of Fukushima nuclear plant disaster while 14 percent were against of gradual reduction.

About 64 percent of the poll respondents believed ‘natural energy’ such as wind and solar power would replace nuclear power in the future, while 24 percent said they did not think so.

The Fukushima nuclear plant has leaked radiation since the March 11 earthquake and tsunami severely damaged cooling systems at the plant, leading to reactor meltdowns.

The nuclear disaster has forced the evacuation of tens of thousands of people from their houses, businesses and farms in a 20-kilometer (12-mile) radius around the plant.

The prime minister of Japan Naoto Kan has announced a full review of government energy policy, including plans for more reactors, and a push to boost renewables to at least 20 percent of the electricity supply by the 2020s. 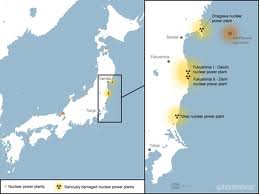