Scientists spent three years painstakingly scrutinizing individual particles of soil to determine whether or not the planet was habitable.

The sample was taken from Mars’s icy northern arctic region, but separate studies have shown the entire planet is covered with the same type of soil.

The findings published in the Geophysical Research Letters journal were based on soil collected during the 2008 NASA Phoenix mission to Mars.

The analysis, by Imperial College London researchers, showed that soil on Mars is formed under similarly arid conditions to the Moon.

Scientists claim that Mars is too dry for life and it could be uninhabitable on the surface because the planet has experienced a 600 million year “super-drought”.

Dr. Tom Pike, who led the research, said: “We found that even though there is an abundance of ice, Mars has been experiencing a super-drought that may well have lasted hundreds of millions of years.

“We think the Mars we know today contrasts sharply with its earlier history, which had warmer and wetter periods and which may have been more suited to life.”

Researchers assumed that there had been water present during a warmer period lasting up to 5,000 years in the distant past, but this would have been too little time for life to establish itself on the surface.

Analysis of soil from the red planet found that its surface had been dry for such a long time that any life would have to be lurking deep underground. 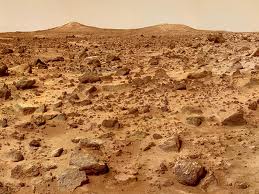