Mike Tyson was once the undefeated and undisputed heavyweight champion not until his defeat in the hands of James “Buster” Douglas in 1990 which was considered one of the most shocking upsets in the sport of boxing.

The controversial “baddest man on the planet,” during his on and off ring career that span from 1985 to 2005 marked by glory and notoriety ended with his induction into the International Boxing Hall of Fame.

Along those inducted with him were the Mexican legend Julio Cesar Chavez, Russian-born Australian Kostya Tszyu, Mexican trainer Ignacio “Nacho” Beristain, boxing referee Joe Cortez and actor Sylvester Stallone who was honored by the hall for his “Rocky” movies.

Tyson’s trainer was the late Cus D’Amato, the person who guided him in his early boxing career and became his legal guardian after his mother died.

D’Amato died in 1985, the year before Tyson knocked out World Boxing Council champion Trevor Berbick in 1986 to become the youngest at 20, the heavyweight world champion in boxing history.

Tyson finished his career with a record of 50 wins, 6 losses with 44 knockouts. 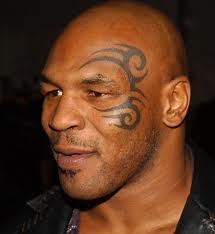