The fight starts with both fighters gauging each other in the early rounds. But as soon Narvaez absorb a couple of shots from Donaire, the Argentine challenger prefer for survival instead of engaging the fight with Donaire.

It was a fight that Donaire wants to finish it in the early rounds in a spectacular fashion, but it didn’t happen. All Narvaez did is to play safe throughout the fight and avoid engaging with Donaire at all cost.

Donaire is leading in the three judges scorecard and wins the fight with a unanimous decision with a score of 120 to 108. Donaire retains his WBO and WBC bantamweight belts.

Narvaez tasted his first defeat in his boxing professional career while Donaire raise his winning record from 26 to 27 wins. This would be the last fight for Donaire at the bantamweight and he will move up to the super-featherweight where a lot of challenges await him there. 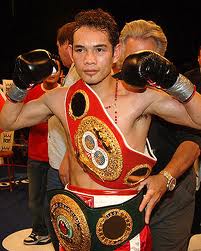