Kim Jong Il, 69, inherited power from his father,after the revered North Korean founder Kim Il Sung, died in 1994. In September 2010, Kim Jong Il unveiled his third son, at his early twenties Kim Jong Un, as his successor, putting him in the political limelight.

Kim is believed to have suffered a stroke in 2008 but he had appeared relatively vigorous in photos and video from recent trips to China and Russia and in numerous trips around the country carefully documented by state media.

Even with a successor, there had been some fear among North Korean observers of a behind-the-scenes power struggle or nuclear instability upon the elder Kim’s death.

Kim Jong Il took over after his father died in 1994, eventually taking the posts of chairman of the National Defense Commission, commander of the Korean People’s Army and head of the ruling Worker’s Party while his father remained as North Korea’s ‘eternal president.’

He faithfully carried out his father’s policy of ‘military first,’ devoting much of the country’s scarce resources to its troops, even as his people suffered from a prolonged famine, and built the world’s fifth-largest military.

Following the famine, the number of North Koreans fleeing the country through China rose dramatically, with many telling tales of hunger, political persecution and rights abuses that officials in Pyongyang emphatically denied.

Kim often blamed the U.S. for his country’s troubles and his regime routinely derides Washington-allied South Korea as a ‘puppet’ of the Western superpower. 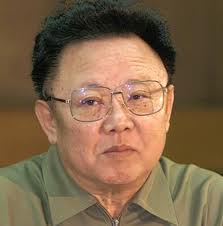