Any mortal who predicts that doomsday is here with us is doing a mockery of himself or herself for no one would eventually know the exact time when the rapture will come.

It cannot be known by any human being because this is something that it has not been revealed to him by God.

Not even the angels in heaven nor the God’s chosen prophets whom He sent to the world know when the hour but the Knowledge of the Hour is only with God.

Whether if it be Jewish, Christian or Islamic tradition, they are unanimous that the knowledge as to when the rapture will occur is only with God.

What is said about the hour, are just signs that the hour is near but yet it is not the end.

Among the signs that will occur around the world are earthquakes, floods, famine and all sorts of human miseries.

In Islamic traditions not even Jesus Christ’s second coming will spell the the end of the world, but it is the sign that the hour is near. 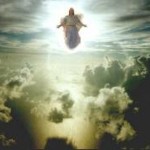