World no. 1 Novak Djokovic of Serbia found sufficient resolve in a tight first set to defeat Frenchman Wilfried Tsonga 7-5, 6-1 to advance into the semifinals of the Italian Open.

Djokovic struggled with his serve in the opening set but eventually found his range to eliminate the fifth-seeded Tsonga.

Djokovic, the defending champion, will next play Roger Federer, the winner in Madrid who cruised to a 6-1, 6-2 victory over Italian hope Andreas Seppi. Federer has never won this tournament.

Down to No. 3 in the rankings this week, Nadal broke in the opening game to take control of the first set. He recovered a break midway through the second set before pulling ahead for good.

Berdych was coming off a runner-up performance at the Madrid Open. He lost to Federer, who then replaced Nadal at No. 2. 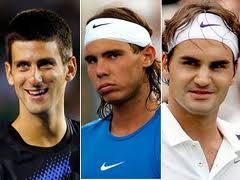