Pamela Anderson is being sued by her former boyfriend, property developer Laurence Hallier.

The case against the actress is about her alleged failure to promote the sale of her former boyfriend’s condominiums in the Panorama Towers in Las Vegas and that she allegedly cancelled a string of personal appearances connected with the venture.

The US$ 22.5 million that Hallier is claiming represents the losses he incurred from the unsold units.

It was Anderson who first filed the claim against her former boyfriend because she did not get the condominium that Hallier has promised her for promoting the said property.

However, her property developer boyfriend retaliates with a counterclaim, instead of settling the case.

According to the former ‘Baywatch’ star, she was supposedly entitled to a US$ 1 million dollar fee if she did not get the property, but Hallier insists she is not entitled to because she failed to carry out her agreed duties.

Anderson and Halier past relationship had a tumultuous on and off affair, but finally they make up time on their relationship last year, prior to this incident.

The sex symbol, who has two children from her marriage to Tommy Lee, has battled money problems in recent years and moved into a trailer park last year while her home in Malibu, California, was under renovation.

She later claimed she enjoyed the simple life it afforded her so much, she never wanted to leave. 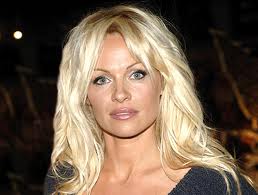