Yoga is an ancient discipline by itself, its purpose is to stretch the muscles, strengthen the body and increase concentration.

Unlike exercises that work only on strength, yoga also helps the body become flexible. You just have to relax and you ease into stretches, never forcing yourself.

The saying ‘no pain no gain’ simply does not apply. You do only the best you can at the moment, and at some later moment you will do more.

In an experiment, yoga had been applied by scientists among chronic stroke survivors, whose stroke occurred more than six months earlier.

The researchers said balance problems frequently last long after a person suffers a stroke, and are related to greater disability and a higher risk of falls.

In a study of 47 stroke survivors, they were divided into three groups, two groups underwent yoga posture exercises, relaxation and meditation trained by a registered yoga therapist while the other group did no yoga rehabilitation work.

Comparing the two groups, those who completed the yoga regimen significantly improved their balance.

Researchers said balance problems frequently last long after a person suffers a stroke, and are related to greater disability and a higher risk of falls.

Survivors in the yoga groups also had improved scores for independence and quality of life and were less afraid of falling.
Lead researcher Dr. Arlene Schmid, a rehabilitation research scientist at Indiana University in the United States, said: ‘For chronic stroke patients, even if they remain disabled, natural recovery and acute rehabilitation therapy typically ends after six months, or maybe a year.’

The study demonstrated that with some assistance, even chronic stroke patients with significant paralysis on one side can manage to do modified yoga poses.

The researchers said yoga may be more therapeutic than traditional exercise because the combination of postures, breathing and meditation may produce different effects than simple exercise.

Scientists also noticed improvements in the mindset of patients about their disability.

The participants talked about walking through a grocery store instead of using a scooter, being able to take a shower and feeling motivated to visit friends.

Marian Fenlon from Brisbane Australia, one of leading yoga teachers of the past 20 years and author of two yoga books said: there are eight components to yoga therapy; attitudes, disciplines, posture and flexibility, breathing, sensory awareness, concentration, contemplation and meditation.

Yoga can play a substantial supporting role to modern medicine, and complement other fitness and exercise programs.

Perhaps one of yoga’s major attractions is that it combines physical and mental exercise.

It is excellent for posture and flexibility, both key physical elements for most sports people, and in some respects, there are strength benefits to be gained.

Yoga is now being prescribed even by some medical practitioners for a range of health ailments and illnesses, as a stress reliever and to complement other fitness programs.

Probably the greatest advertisement for yoga is the fact that it seems to have graduated from the weird and alternative ranks into a position of fairly wide community acceptance. 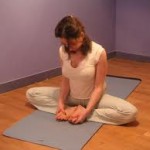