An entrepreneur could engage in a number of specialized segments of poultry production of his preference.

One could get into broiler production, layers, capons, day old chicks and production of ready to lay pullets. Each of these segments offer certain advantages as well as drawbacks.

1) Broiler production – marketable broilers can be realized as early as thirty five days from hatching. However, not all farmers venture to this segment because of broiler prices which are quite volatile and if the birds cannot not be disposed in due time, they can no longer be profitable.

Maintaining broilers beyond forty five days is not actually advisable because the birds at this time, consume more feeds that can be worth more than the value of the meat it will produced.

However, most broiler producers in the industry were able to overcome this kind of problem, by marketing their birds live or by slaughtering them once they are due to avoid losing money. After the birds are slaughtered, they are dressed and stocked them into a cold storage for preservation and eventual marketing disposal.

2) Egg production – Taking care of layers has its own advantages. Once the birds start laying, poultry raisers can realize right away a daily cash flow from the sales of their eggs. Notwithstanding, that the profit margin is quite attractive especially if one can be assured of a steady supply of layer stocks replacement.

Based on Philippine experience, one of the problems that has besieged the egg producers in recent years is the lack of replacement birds once their laying birds are culled.

In the past two years or so, the hatchery operators have slowed down in its importation of parent stocks that produce the hatching eggs because of Avian flu which has hit some parts of the United States and some countries in Europe which mostly supply the parents stocks and the originator of the source. Hence, the shortage of day old chicks has resulted in poultry houses some of them empty and some half empty.

3) Capon chicken – This venture is practically not that popular though, the market is also noted to be limited, generally it needs public awareness that such marketable product exists. This business is quite promising and could be a highly profitable endeavor. After all, there is no competition at the moment in this kind of venture.

4) One day old chick – Producing day old chick, the foremost thing you need is a considerable quantity set of breeders to supply the eggs for hatching. And also, one needs a hatchery equipment which can incubate the eggs at profitable capacity. Eggs usually are hatched after they have reached twenty one days. One need to be an expert in sexing with a ninety nine percent success rate after the eggs are hatched to segregate the male from the female.

Chicks intended for broiler production, the male is retained and the female is discarded while in layer production it is the other way around. Be sure to initiate the required vaccination protocol for the marketable day old chick for their protection, prior to their disposal.

5) Ready to lay pullets – There has been a market demand nowadays, for birds that are about to lay eggs because of some people want something that would shorten their waiting period and would want to produce the cash flow almost immediately.

Besides, the birds that have been already vaccinated against any major diseases, they are no longer as delicate to handle and the risk is much less, as compared to caring these young chicks from start and until the time they become pullets.

In venturing this kind of business, one need to understand and observe that proper sanitary procedures in the caring of your birds should be in place to be assured of their healthy growth, thus preventing any eventual mortality due to a disease outbreak or negligence. 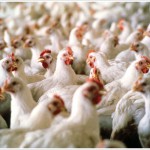