A monthly survey by the International Council of Shopping Centers (ICSC) showed that comparable US chain stores sales slumped 0.50% in March compared with the same month a year ago.

The consumer pull back marked the weakest monthly sales reading in thirteen years and economist said it showed Americans are cutting back their spending amid fears the economy could be falling into a recession.

Staples are in, luxury items are out. Small cars are back. Demand for steaks has declined and one should think of ground beef instead.

A growing number of economists believe that the world’s largest economy will endure the recession during the first half of this year, especially if the legendary American consumer cuts back the trips to the mall.

Falling home prices and high gasoline prices are forcing many consumers to become more budget conscious while a credit crunch has made it harder for Americans to get bargain rate loans from cash starved banks.

The housing slump has sparked credit difficulties for some of America’s biggest banks and economists fear many consumers are struggling to remain on their feet amid harder economic times. Consumer spending is a vital motor for the US economy because it accounts for some two thirds of all economic activity.

According to ICSC’s chief economist, the latest retail sales shop statistic shows consumers are concerned about the economy. Record high gasoline prices and consumers worry of the economy will continue to curb discretionary spending power.

Analysts said that rising unemployment levels may have persuaded some consumers to rein in spending and some more cash for a potential “rainy day” fund. 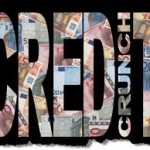