After the royal couple’s wedding, they opt to postpone momentarily their honeymoon and spend instead the weekend in the UK while Prince Williams returns to his work next week.

Their whereabouts in the UK while they are spending their weekends and their honeymoon which they plan to spend overseas will not be disclosed in advance.

Prince William and Duchess Kate wanted that their honeymoon be considered as a private affair and they asked the media that their privacy be respected while they are honeymooning.

There are speculations flying around as to the reason of their delayed honeymoon. For a prince who is desperate to lead a near ‘normal’ life, the decision to delay the honeymoon is another reminder of just how much scrutiny he and his wife will be subjected to.

However, William and Catherine at this stage is not ready to divulge their thoughts in delaying it. Those close to them say there is not one overriding reason. It was something they decided on months ago of their own.

When Prince William packs his things, he will be hoping they can slip away unnoticed. His challenge is that there will be photographers who will want to capture him while he is in his shorts.

The Duke and Duchess of Cambridge emerged hand-in-hand from Buckingham Palace’s garden entrance where they spent the night at the Queen’s official London home, stopped briefly to chat to two Royal Household footmen before boarding the helicopter to an unknown location. 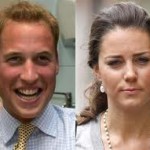