Prince William, a search and rescue pilot with the Royal Air Force (RAF) base in Wales, will take on a routine six-week deployment in the South Atlantic islands from February until March of next year.

“This deployment forms part of a normal squadron crew rotation and will form part of Flight Lieutenant Wales’ training and career progression as a Search and Rescue pilot within the RAF,” the Ministry of Defense said in a statement.

In 1982, Britain engaged a 10-week war with Argentina over sovereignty issue were 650 Argentines and 255 British troops were killed.

Sovereignty of the Falklands, known as Las Malvinas by Argentines, remains a controversial issue, and diplomatic tensions between Britain and Argentina have increased in recent years over offshore oil exploration.

A former UK defense secretary said, that London would protect the disputed islands for as long as they wanted to remain British.

Catherine is not expected to accompany William to the Falklands.

Next year will marked the 30th anniversary of the conflict for control of the islands. 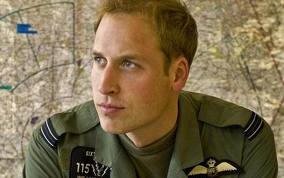