Distributing maundy money to the indigents during Thursday of the holy week is a practice done centuries back and a yearly event in Queen’s agenda, the source says.

A 41 gun salute is provided by the King’s Troop Royal Horse Artillery at midday in London’s Hyde Park. An hour later a 62 gun tribute is provided from Gun Wharf at the Tower of London, the source reports.

The queen has two birthdays to celebrate; her actual birthday, and her official birthday in June, when the unstable English weather is favorable for outdoor festive activities.

In Westminster Abbey, where eight days is left prior to the wedding date of Prince William and Kate Middleton, the Queen presented Maundy money to the elderly as a token of gratitude to them. 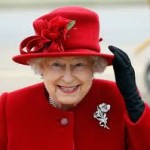