There must always be a reason to be angry about. A kind of anger that is reasonable and even expected.

But there is a kind of anger that knows no bounds. It has the tendency to harm, damage property and at worse kill.

It is described such anger by psychologist as an “intermittent explosive disorder” (IED). It was reported by the US National Institute of Health that around 16 million Americans are affected by this kind of disorder.

It is characterized by violent behavior for about 2o to 30 minutes separated by weeks or months of non aggression.

Prone to exclusive anger are individuals with narcissistic, obsessive, paranoid or schizoid traits. Socially, anger can be a spur to change or improvement in our lives and in the environment.

Anger only becomes bad when it is uncontrollable and when it kicks in at the slightest of irritation and frustration. A typical scene of a man in rage, in a minute clutch his chest, the next time the man show his grimacing face and their goes, a heart attack. Hence, anger can be bad also to your health.

In gauging anger, the following are descriptions of anger that can be applied to anyone to wit:

Angry, bitter, rebellious, spiteful, deceived, annoyed, furious, resentful, bad tempered, ready to fight, yelling, frustrated and disappointed. The more checks you put in there, the higher your anger level. There is always a problem in putting emotions into words, anger included.

The mental health professional applies the following criteria for an IED screening diagnosis.

1) Multiple incidents in which the person fail to resist aggressive impulses resulting in deliberate destruction of property or assault of another person.

2) Degree of aggressiveness is completely out of proportion with the precipitating event.

3) Aggressive episodes not due to the effects of drug, general medical condition or another mental disorder.

Treatment and control of explosive behavior is through the regulated use of anti convulsants, anti anxiety agents, mood regulators (lithium), and anti depressants. Individual and group counseling medication and relaxation is highly recommended by medical specialist. 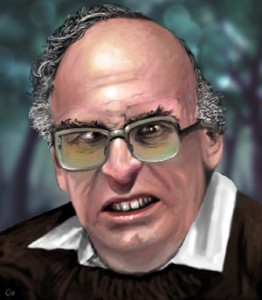